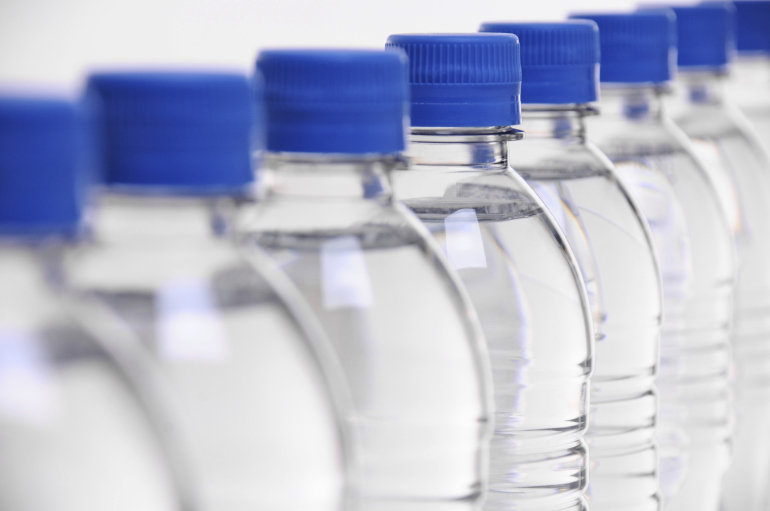 Reasons not to drink bottled water

There are contaminants in bottled water.

The Environmental Working Group tested 10 common brands of bottled water for contamination. In this study, they found a wide range of pollutants, including not only disinfection byproducts (produced when biological material is exposed to chlorine found in municipal water supplies), but also common urban wastewater pollutants like caffeine and pharmaceuticals (Tylenol); heavy metals and minerals including arsenic and radioactive isotopes; fertilizer residue (nitrate and ammonia); and a broad range of other, tentatively identified industrial chemicals used as solvents, plasticizers, viscosity decreasing agents, and propellants.

The cost of bottled water is too expensive.

The regulation of bottled water is less restrictive than tap water.

The Food and Drug Administration (FDA) regulates bottled water while the U.S. Environmental Protection Agency (EPA) regulates tap water. The EPA’s Office of Ground Water and Drinking Water has issued extensive regulations on the production, distribution and quality of drinking water, including regulations on source water protection, operation of drinking water systems, contaminant levels and reporting requirements. The FDA regulates bottled water as a food and under current FDA regulations, consumers are not receiving uniform quality and purity from bottled water. For bottled water to be safer, according to the Environmental Working Group, the FDA should adopt EPA tap water health goals as enforceable limits for bottled water.

American tap water is among the safest in the world, right??

As much as 40% of the bottled water sold in the U.S. is just filtered tap water anyway. You must check the label and look for “from a municipal source” or “community water system”, which just means it is tap water.
It’s a general concession that by drinking tap water, you can avoid the fertilizer, pharmaceuticals, disinfectants, and other chemicals that studies have found in bottled water. But this is not the case. Be sure to check your water company’s website for their latest water testing results. You may be surprised. Some municipal water supplies have “jet fuel,” pesticides, fertilizers, volatile organic compounds (VOCs) and pharmaceuticals in their “tap water.” Most municipal or community water systems only place large amounts of chlorine and fluoride into their water and do not remove the other contaminants in their water. So tap water may not be that much safer than “bottled” water. The interactive graphic below from the US EPA shows state by state the problem with tap water in the United States.

People say they drink bottled water because it tastes better than tap water. ABC’s 20/20 program did a blinded taste test. In this test they found that people couldn’t tell the difference between bottled water and tap water. In fact, one taster in the taste test said Evian water “… tasted like toilet water”. That sounded appetizing! (ABC News – Is Bottled Water Better than Tap?)

There are those people who also say that their tap water tastes better and is safer because their use one of those “carbon filters” attached to their faucets. The problem with those carbon filters is that bacteria which have become tolerant and resistant to the chlorine in the municipal water supplies can actually grow and thrive in these filters when the water is not flowing through them. So why take the chance?

Companies that produce bottled water are reducing our supply of freshwater.

Water privatization in the United States is growing strong. Twenty-four (24) percent of bottled water sold in the U.S. is either Pepsi’s Aquafina (13 percent of the market) or Coke’s Dasani (11 percent of the market). Both brands are merely bottled, purified municipal water. According to the Sierra Club (Corporate Water Privatization), water bottlers deplete our aquifers and other groundwater sources and harm local economies by paying too little for the water they take. Contracts often also give preference to water bottlers over the town’s ratepayers because the company can draw the maximum amount of water it wants, regardless of drought or water shortage.

The United States Weather Service is predicting more severe drought conditions during the summer of 2013 in the areas already hit hard by drought. How much more will we have to pay for our food when farmers have to pay private corporations for water to grow crops? At some point in the near future, we need to answer this question: “Is water a basic human right or a commodity to be bought or sold”. One out of six (6) people in the world does not have safe drinking water, but Americans spend around $16 billion a year on bottled water.

One last thought about the shortage of water. This past year of 2012 saw a number of summer and winter storms that crippled large areas of the United States. Basic necessities like heat, water and electricity were disrupted. Stores sold out of staples like bottled water quickly. Wouldn’t it have been nice to be able to purify any water source with a water filtration system like ARIIX’s new Puritii Filter. The graphic below shows how effective this filter is when purifying virtually any source of water. This is done without electricity, ultra-violet radiation or chemicals. You could’ve melted some of that 24″ of snow dropped on Kansas City and filtered it through this filter for fresh, clean, pure drinking or cooking water!

So why is it important to think about where you get your water from?

The following points are critical when you think about where your water comes from: